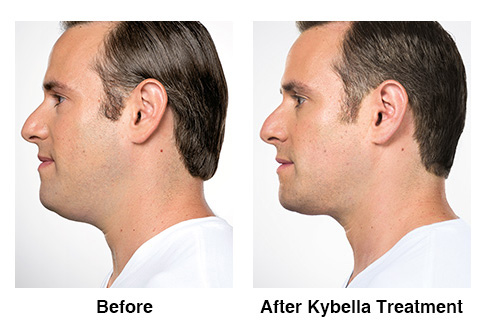 Kybella for the Treatment of Double Chin – Clinical Trial Results

Kybella® is a nonsurgical submental fat injectable treatment that permanently destroys fat cells under the chin. The results of multiple randomized, multicenter, double-blind, placebo-controlled trials for using Kybella to reduce or eliminate double chin are impressive.

In the clinical trials, a total of 1,022 adults with moderate or severe amounts of fat located beneath the chin or lower jaw were treated at 70 clinics located across the United States and Canada. Participants received up to six injection sessions of either Kybella or a placebo. Test participants were 87% Caucasian, 85% female, and the mean age was 49.

The trials specifically measured the difference in the participants double chin, or submental fat, before and after treatment. Kybella was found to be extremely effective in reducing or eliminating double chin. Treatment effects were found to be consistent across gender, race, age and country subgroups. The results were found to be substantial, clinically meaningful and highly statistically significant and resulted in FDA approval of the medication. 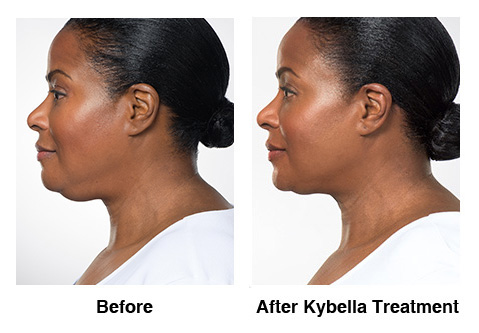 After FDA approval, research has continued on Kybella with just as impressive results.  At the end of recent randomized, double blind, placebo-controlled study, 82.4% of patients reported significantly improved satisfaction with their appearance twelve (12) weeks after treatment.

The study concluded, “Kybella is a safe and efficacious, first in class, injectable drug for the reduction of submental fat.” The side effects of the treatment were also found to be minor. “The side effect profile was mostly limited to the customary side effects seen with injections, bruising, swelling, and anesthesia, lasting on average 4 days.”

Overall in 20 clinical trials performed worldwide, seventy-nine percent (79%) of patients treated with Kybella reported satisfaction with their appearance in association with their face and chin.

Most patients in the clinical trials had between 3-5 treatment sessions at least one month apart. Experts studying Kybella, however, note that the number of needed treatments, “may likely be falsely elevated due to the nature of clinical trials to treat patients to apparent full correction . . . The reality of upcoming clinical practice with this product may be that patients would be content with the improvement seen at an earlier time point after fewer treatments.”

If you are interested in learning more about Kybella treatments in Las Vegas or would like to schedule an appointment you can call or book online. 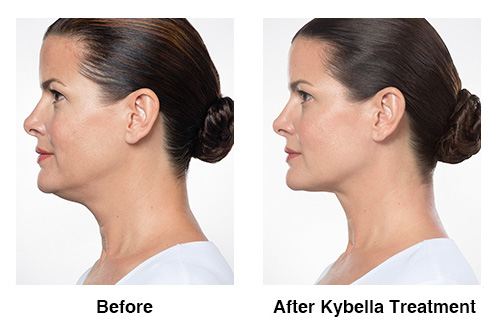